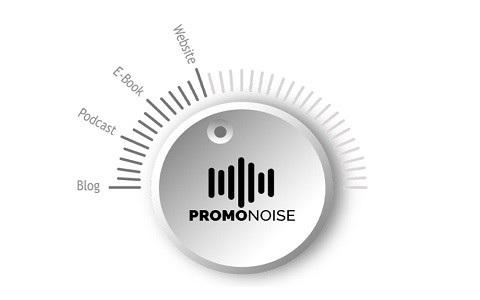 That equation is as valid as E = MC2.

When you want to do something, then there’s an instant reward in doing it. It’s internal, and it’s called fulfillment. Some people equate fulfillment with happiness, contentment, joy, or ebullience. So, if giving provides fulfillment, then that fulfillment is fueling your behavior and consequently your results. And if you’ve read any of my previous writings, you’ll know that our mental state has an effect on our behavior. And it’s our behavior that dictates our results.

Yet, in most places, this isn’t taught. Most people never learn the cause-and-effect relationship between giving and receiving. Or they bastardize the formula by focusing on what’s in it for their personal gain.

Since this particular writing caters to business-minded people, let’s look at my latest case study as an example.

I started Promonoise because I felt that I could share my energy and knowledge through something that I’m good at, which is communication. I can do that well through the written word or in person through various means, including video. The thought was that I wanted to do this; I wanted (and want) to help people and businesses, while at the same time turning those gifts into a viable business.

To begin though, I created and gave away videos for free; my philosophy being, that if you don’t give, you won’t receive. It helped companies with their marketing missions, at no cost. That made me feel good. What I received, in exchange, was a proof of concept as well as some excellent exposure. Meanwhile, that good feeling I received became my mental state. And as previously mentioned, one’s mental state affects behavior, which in-turn creates the results.  The result is that my business has grown and I’m helping more people these days. I’ve simplified the story (by orders of magnitude), but you get the point.

The equation that I noted above is a truth. It’s not temporary and it’ll work forever. So then, it stands to reason that all of us should simply keep on giving. If you do that (genuinely), you’ll keep on receiving. Perhaps this is why many corporations do contests - because it’s a tried method of giving, which results in receiving.

Let’s examine another real-life case study from my business:

I’ve partnered with a company called Le Tour de Spice. They’re a forward-thinking company that recognizes what I can give and how it can benefit their organization. As such, they’ve decided to give back. They generously donated a handful of smoker kits that I’m going to use as contest giveaways. I’m going to use those smoker kits to entice people to share ways in which they give, so that I can share those stories and inspire other companies. In turn, I’ll give away smoker sets to contest winners. All the while, everyone’s going to benefit. It’s a circular economy of sorts, in which all parties will benefit from added exposure, goodwill, publicity, and acting as a community that genuinely has each other’s best interests at heart. Pretty cool, huh?!

So, here’s the contest:

Sign-up to our YouTube channel by clicking here and then write me back at alex@promonoise.com with a really short sentence or two of how you’re giving. You’ll be entered into a contest to win a smoker set from Le Tour de Spice.

If you’re curious about any of my services that include product review videos, group coaching, or private coaching, email me at alex@promonoise.com.